.
TOP
We use cookies on our websites.
If you continue browsing, we’ll assume that you agree.
Allow the following cookies
Show
Show
Show 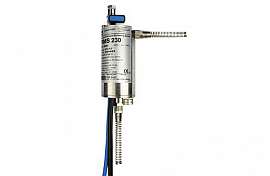 For increasing, move mouse over the picture

A compact, space-saving sensor technology for mounting in the manhole and with a separate indicating unit for indoor installation. Integrated in the sensor: a pressure sensor, a solenoid valve, a capacitive sensor for both the detection of liquid and differentiation in water and product.

Separate pump units for tanks and/or pipes are controlled by the sensor via the indicating unit.

The coloured 5.7" touch screen allows a quick registration of the system's status and a convenient entry.

VIMS 34 Tank: for tanks with a suction line to the low point of the interstitial space

VIMS 320 Tank: for tanks with a diameter of up to 2.9 meters without a suction line to the low point of the interstitial space

The VIMS sensors are also suitable for the above mentioned fuels with biogenic components – provided that they were available on the market before January 1, 2012.

The following restriction must be taken into account: Gasoline Test Fuel, RSG E 10 (Haltermann Products – Hamburg plant) was used as the test liquid, i.e. this test liquid with its chemical and physical characteristics must be representative for the fuel.

The (possible) explosive vapor-air mixtures must be classifiable into gas group II A to II B3 as well as in the temperature code T1 to T4.

The requirements of the respective documentation must be observed!